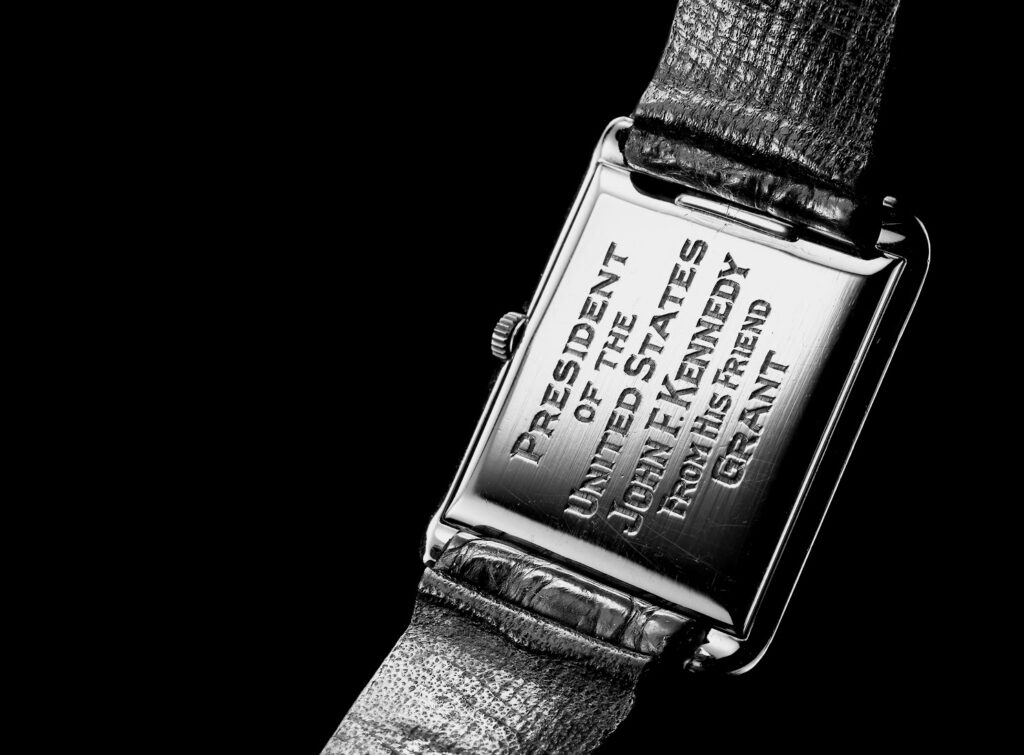 When writing a new blog post, I always try to look for a catchy title. Not clickbait, of course, but something that briefly summarizes why, in my humble opinion, it’s worth taking a few minutes to read it. That usually implies correlating the object or person being discussed with a broader inspirational or aspirational theme.

Today, that won’t be necessary. A simple factual description of what we’re talking about should be enough. Every time I visit the Omega museum, arguably the best single-brand watch museum available to the public, I’m surprised at how easy it could be to miss what I consider to be the most historically valuable piece in the entire collection.

The museum’s most historically significant watch

From a horological perspective, other specimens can be considered more worthy. The original 19-line Caliber, a 1957 2915-1 Speedmaster, the Seamaster owning the world record for underwater depth, a Speedmaster that was on the Moon… But if we take a step back and look not just at watchmaking but how watches accompanied the people and events that shaped our world, then the JFK watch truly stands out.

Which US President most struck hearts and minds in the 20th century? I’m not asking who you thought made the most notable contributions to the country’s development, or anything about your political preferences. I’m just asking: which US President was the most discussed and remembered? For a variety of reasons, from his unique style, his family and, tragically, his assassination, it’s difficult to argue that it’s not JFK.

And what is, for any US President, the most symbolic moment in their presidency? It undoubtedly is the time all eyes are watching them become the most powerful person in the world. I am, of course, referring to the inauguration. The historic event always takes place on the 20th of January (unless it is a Sunday, in which case the inauguration is on the 21st) after the November election.

Exactly 62 years ago today, wearing the Omega watch gifted to him by his friend Florida businessman Grant Stockdale, JFK took the oath as the 35th President of the United States. The timepiece had been received shortly before the election. Showing the faith he had in his candidate, Stockdale, who was later to be nominated Ambassador to Ireland, had the caseback engraved as follows: “President of the United States John F. Kennedy from his friend Grant.”

One notable fact about Kennedy’s inauguration was the snowstorm that took Washington, D.C. by surprise. The day before, 8 inches (20 cm) of snow had fallen, at opposite ends with the mild expectations from the forecast. Traffic was clogged and National Airport shut down. Former President Hoover had to miss the event, unable to fly in.

It took unprecedented efforts to clear the area sufficiently for the ceremony to take place. To date, the event still holds the record for “most snow on the ground” among all Presidential inaugurations in January (they were previously held in March).

When President Kennedy gave his address facing the National Mall, the temperature was minus 6 degrees Celsius (22 Fahrenheit). According to the Weather Service, it felt like minus 14 (7 Fahrenheit). On a personal note, my maternal grandparents, who lived in the area, had planned to attend the ceremony but ended up staying home due to the weather.

Regarding the watch, while such temperatures were not quite extreme enough to cause damage, it does add to its pedigree, I find, that it also had to withstand such unfriendly elements on the President’s wrist that day. For more details on the snow that literally took the capital by storm, you can read this Washington Post article, on which most of the above is based.

This naturally leads us to pause for a second, and look at the watch itself, a rectangular two-hand manual wind in 18 ct yellow gold. With a movement only 2 mm high, it is aptly named the Omega Ultra Thin Ref OT3980. While the rectangular shape will remind many of us of other brands, Omega did produce quite a few such variants, often with a small seconds hand, in the middle of the century. Jacqueline Kennedy described it, in a letter to Stockdale, as the “thinnest, most elegant wristwatch.”

The watch was previously part of the Robert White collection, known as the most important private set of objects related to JFK’s life. It was purchased at an auction in New York by Omega in 2005, for $350,000.

One year later, Omega presented a commemorative reedition of the watch. Named the “JFK Commemorative Piece,” it was produced in 261 units. More details can be found on the Omega website. I tried to browse to see if any of them were around for sale on the secondary market, and, quite surprisingly, could not find a single one. But at least we can all go and see the original!

From Bienne to the Moon

Before we discuss how you can go and admire the historic timepiece for yourself, it’s worth mentioning the other strong, even though indirect, link between JFK and Omega.

To most of us, Omega is most famous for its Speedmaster, the first watch worn on the Moon. Understandably, Omega’s marketing has always been there to remind us of its strong link to the various Apollo missions. This is justified because NASA chose the Speedmaster not as part of an endorsement deal but because of the intricate qualities of the watch, independently selected after a series of tests.

While JFK was no longer alive when man first stepped on the Moon, he is, as you probably know, the one who began a dramatic expansion of the US space program. In a famous address at Rice University in 1962, he committed the nation to the goal of landing a man on the Moon by the end of the decade.

Of course, there is no direct connection between the Speedmaster and JFK. But it is somewhat striking that Omega’s most acclaimed watch may never have been known as the Moonwatch without the US President’s ambitious vision.

How to find the watch

As I alluded to above, the watch is almost hidden among the many gems in the Museum. Sure, it has a dedicated window, hosting the timepiece and Jacqueline Kennedy’s letter mentioned above. But the window is one of many, towards the middle, in a chronological succession since the brand’s origins. It’s located next to another US hero’s watch, which had belonged to Elvis.

While I have a lot of respect for the latter, gifted by RCA to celebrate 75 million records sold, I don’t think they should be put on seemingly equal footing. I’m not saying this suggesting the President is intrinsically more important than the King. Rather, many watches are associated with Elvis, and if only one model were to be remembered, it would have to be the Hamilton Ventura. In the case of JFK, this is the watch he wore on the most symbolic day of his presidency.

On the other side of the Kennedy watch, to the right, is the original Speedmaster, the 2915-1. It’s my other personal favorite in the museum, probably the ultimate grail watch in my view. While I like that they are both so close, I still hope that in the future, the Omega Museum will consider dedicating a separate section to the JFK watch. Its weight in history is just about as major as any watch can achieve. Having it here in Bienne is a true luxury. Perhaps it could be presented alongside an audiovisual experience of the inauguration speech, or some other way of showcasing how special it is, beyond just watchmaking.

This year will mark the commemoration, on November 22d, of 60 years since John F. Kennedy was assassinated. It is worth noting that his friend Grant Stockdale died just 10 days later, falling from the 13th floor of his office in Miami. Officially considered a suicide, the cause of his death has been subject to debate.

The JFK watch at the Omega Museum will not help shed light on how or why exactly he was killed in Dallas 60 years ago, an event that shocked the world and forever changed American history. But perhaps it can help remind us that, even for the most powerful man in the world, time can never be taken for granted.

Close-up photos of the watch courtesy of Omega

This story is very interesting. I didn’t know that the most memorable president in the US wore Omega. Yes this is definitely the most historically significant watch. And I find again that Omega is very related to the history of the US, especially 60’s. Thank you so much.