My Shameful Affair with a Non-Bienne Watch 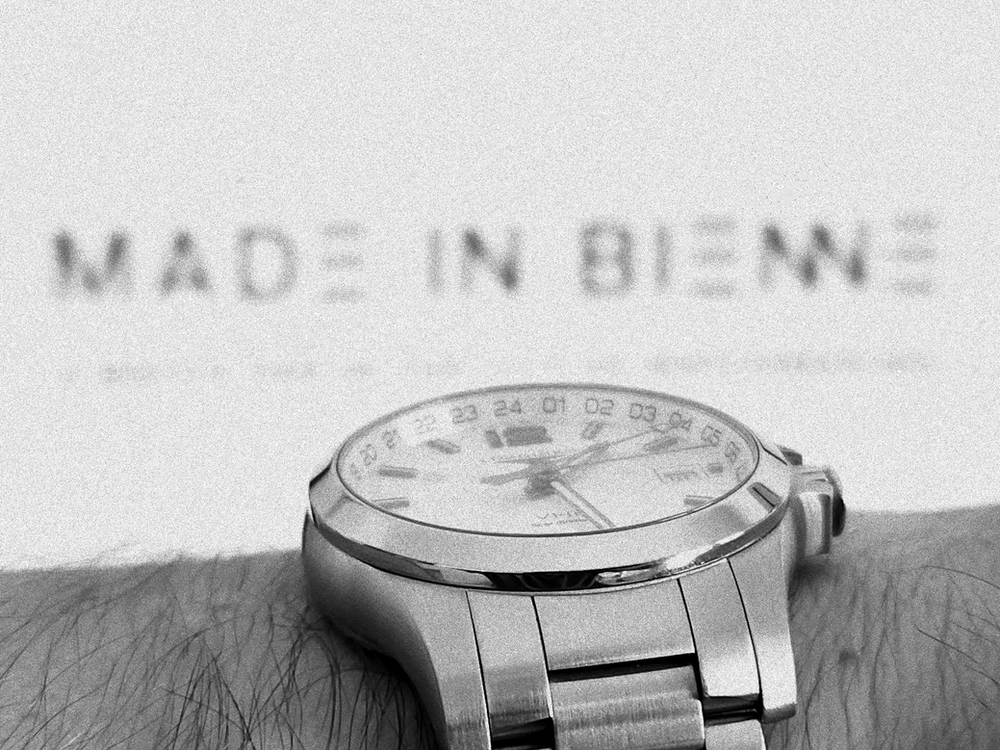 As I’ve mentioned here before, I don’t consider myself a collector. Having pretty strong minimalist tendencies, I don’t like accumulating many objects, or owning things I don’t use. There’s been a lot of churn in my watches as a result, as I only keep a few at a time.

Over the years, since moving to Bienne and developing enough interest for its watch scene to start this blog, I’ve narrowed down the scope of my “set” to local productions. While there are a lot of amazing watches from other towns, or even countries for that matter, there is certainly enough to choose from for a lifetime of watch hunting among Bienne brands. To name a few, the Bienne watches I’ve owned over the years have included models from Omega, Rolex, Swatch, Hamilton, Certina, Ebel and Glycine. Doxa, Horage and Milus are also on my radar. Norqain does some great stuff. And one day maybe, Armin Strom, Urban Jürgenssen or even Hervé Schlüchter.

No one is asking me to do this of course, but I ‘ve reached the stage where I don’t feel quite right when the watch on my wrist is not from here. How can you want to promote Bienne watchmaking with your blog and wear a watch from somewhere else? What if you’re in the city and run into a reader or someone you interviewed? What if you’re abroad and you want to start “pitching Bienne”? How credible will your message be if your watch choice contradicts it? I realize most people won’t notice or care. But, as someone who tends to obsess over watches in the fist place, I know those questions will stick at the top of my mind.

As Bienne watches progressively replaced all others, two exceptions remained. Both for the same reason: they offer a functionality I was unable to find among contemporary watches made in Bienne. The first was a Vulcain Cricket, with a lovely, reliable and super easy to set mechanical alarm. I used it often, sometimes on my wrist, and everyday on my bed side. Winding its manual movement, downwards for time, upwards for the alarm, was a soothing ritual. Setting the alarm was done with an easy twist of the crown, putting any digital watch out there to ergonomic shame. Anyway, that watch is gone. A dear friend loved it even more than I did and the rest is history.

The one I still haven’t managed to break up with is not only not from Bienne… It’s also quartz! And while I’m definitely a sucker for anything mechanical in a watch, the quartz movement is precisely (pun intended) what is so attractive in my alien timepiece. You see, it’s not just any kind of quartz. It’s a bit of a VIP among the quartz watch population. Actually, it’s a V.H.P. Very High Precision, a concept Longines established in the 1980s and relaunched, with further improvements, in 2017. As you may already know, Longines is in Saint-Imier, about 25 km away from Bienne.

The new generation of V.H.P. forms, to my knowledge, the most accurate Swiss watches ever made. While the best mechanical watches out there have a precision of +/- 2 (Rolex) or 0/+5 (METAS) seconds per day, your average quartz movement is usually about twice as precise, around +/- 15 seconds per month. Then, there are high precision quartz movements, at an accuracy of around +/- 10 seconds per year. With enhanced thermal regulation capabilities, those include the Grand Seiko 9F caliber, and, closer to home, Tissot and Certina’s Precidrive. Last but not least, there is the super cool Omega Spacemaster Z-33 (which also packs a bunch of other functions).

The V.H.P. is not the most precise quartz watch in the world. It has a Japanese peer, the Citizen Chronomaster, also with an accuracy of +/- 5 seconds per year. Both include a very handy perpetual calendar. And, unlike my V.H.P., the Citizen, while about twice the price, does have the arguable benefit of solar power (please don’t get me started on solar vs battery watches though). Citizen has an even more precise timepiece, the most precise in the world actually: caliber 0100, accurate to 1 second per year! The latter, while a fantastic feat in watchmaking, is in a totally different price range and, a major down side by my book for everyday use, does not have a date function.

I won’t go into a debate as to which is better between the Longines V.H.P. and the Citizen Chronomaster. First, for the same reasons I try to focus on Bienne watches, it makes a lot more sense to me, all other things mostly equal, to get a watch from a brand sharing the same Jura hills as my home, with a movement developed by Asulab, a short drive away. Especially as both are the property of Bienne’s Swatch Group, a nice local touch. Second, while I adore the Grand Seiko quartz watch aesthetics, the Citizen Chronomaster design codes don’t nearly resonate as much with me.

There are a lot of things to love in the reasonably priced V.H.P. The gear protection system is certainly one of them: the hands automatically resync if they’re displaced by a shock or magnetic field. Also, in my GMT variant, you can seamlessly swap home and away times by a dual press of the crown. Not only do I like the looks of the watch but, as I found out after I got it, its ambassador is my childhood hero, Andre Agassi. But those are all almost secondary. At least, they’re not enough for me to wear a non-Bienne watch on a frequent basis.

What I fundamentally love about the Longines V.H.P. goes back to its raison d’être: being the most precise Swiss watch. Of course, watchmaking today is about a lot more than mere timekeeping. The feeling of something ticking like a heart, those endearing parts all working together as if they were a family, the subtle art of decoration, etc. But still. Ultimately, the history of watchmaking has first and foremost been the quest for accuracy. And yes of course, I get the argument that there is now the smartphone and other forms of access to atomic time. That said, as far as watchmaking goes, autonomous precision, i.e. not derived from an external source such as GPS or the phone, remains, by my book, a grail.

Do I really need a watch that is just 5 seconds per year more precise than one I could get from a Bienne brand? Of course not. I mean, the feeling of knowing that even when my phone is out of battery, I just need to look at my wrist to know if I should walk faster to catch my train is pretty nice. Especially in a country where trains run like clockwork. But another 5 seconds a year won’t make a difference for this use case, or really any other one in my life.

It’s all about the principle. I just like the idea of a watch being as precise as the industry’s innovation allows. Hopefully, one day, one of the many brands in my city will scratch that itch on my wrist. Until then, I guess I’ll just have to deal with the contradiction of writing this blog while sometimes wearing a watch made in a different town.