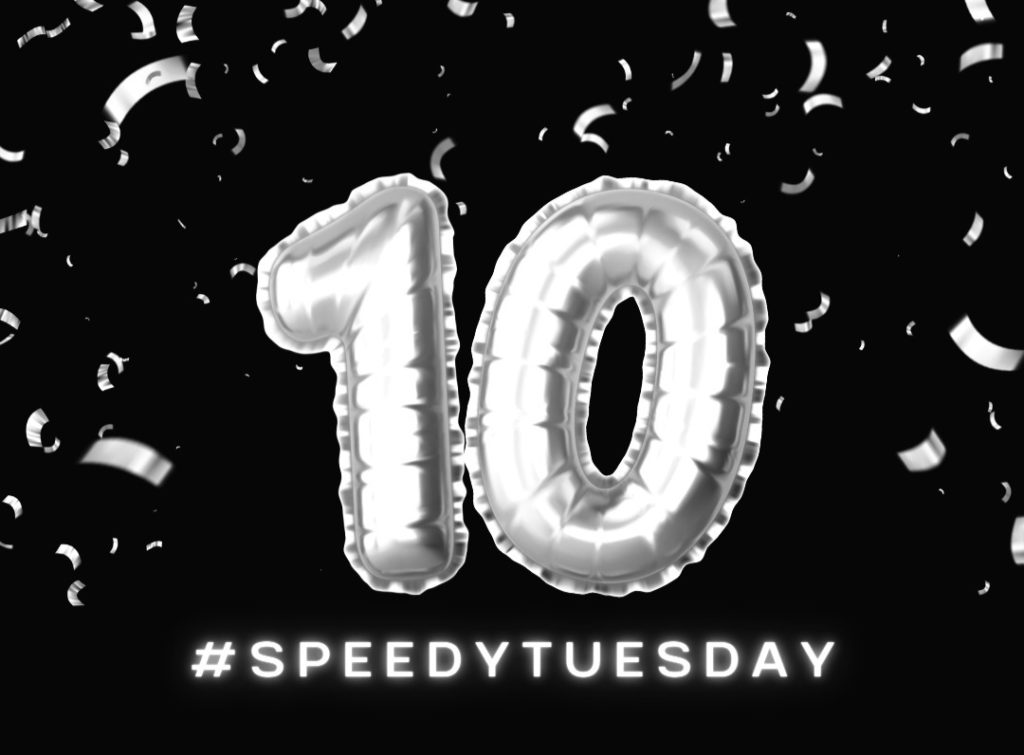 A few months ago, like many watch enthusiasts do every week, I posted a photo of an Omega Speedmaster on Instagram with the…

A few months ago, like many watch enthusiasts do every week, I posted a photo of an Omega Speedmaster on Instagram with the #SpeedyTuesday hashtag. Someone commented: “What is Speedy Tuesday?” That’s when I realized that the concept, which has become a household name to most watch fans, is something many others still don’t know about. And yet, even if you don’t care much for watches, Speedy Tuesday is a pretty fascinating phenomenon, a social and business case-study of our times.

It all started with Robert-Jan Broer (below, with Omega CEO Raynald Aeschlimann). Robert-Jan is the founder of Europe’s leading online watch magazine ,Fratello–and the very first person ,interviewed for Made in Bienne! We are in May 2012, on a sunny spring morning, in Cannes. A renowned Speedmaster expert and collector, Robert Jan was wearing one of his favorite watches. As is common in digital age watch collecting, he took a wristshot, i.e. a picture of the watch on his wrist, a Speedy, as aficionados typically call it. He posted it on Facebook. And, because it was Tuesday, he wrote “Speedy Tuesday” in the caption. It really could have all ended there. Well, it sure didn’t.

A few weeks later, already sensing that the soon-to-be coined phrase was catchy, Robert-Jan decided to make it a feature on the site: every Tuesday, a deep-dive on a given Speedmaster, labeled “Speedy Tuesday”. The ,first such article was published on May 29. The tradition has continued ever since.

Before I go further, I just want to pause for a brief moment and explain to those who may be wondering why, in the first place, the Speedmaster is such an important reference to watch fans. Launched in 1957, the first chronograph with a tachymeter on the bezel was initially designed for car racing. Soon after though, it was adopted, off-the-shelf, by several members of NASA staff. After having been first worn in space in 1962, the Speedy became the official watch for the Apollo program: it had successfully performed against chronographs supplied by competing companies including Rolex and Longines in a series of tests. The tests measured the watch’s adequacy for both intra and extra vehicular activities. Available in many iterations, the Speedmaster, in its “Professional” variant, is forever remembered as the first watch worn on the Moon.

Back to Robert-Jan and Fratello. Speedy Tuesday quickly became #SpeedyTuesday, a hashtag used on Instagram by Speedmaster fans posting a photo of their watch on the second day of the week. To date, there have been close to 330,000 ,photos shared with the tag on Instagram alone. That is presumably several times the number of Speedmasters produced by Omega every year!

But the hashtag was not an end in itself. It was a vehicle. Speedy Tuesday became the name of a community, gathered around Robert-Jan and Fratello, of Speedmaster enthusiasts from around the world. Events were organized on all continents by Fratello for members to meet up and share their passion. For having attended such an event myself, I can attest that the level of enthusiasm and knowledge is truly impressive. Despite the value of some of the timepieces, there is no bling. It feels more like a gathering of academics, exchanging deeply documented perspectives on the physics and history of their timepieces.

From a simple snapshot to a community, that’s pretty impressive already. But this is not where it ends. The caption turned into a weekly feature turned into a hashtag turned into a global community then turned into… a watch! Actually, two watches (to date). And both home runs!

The first watch, “ST1” (left), was launched in 2017, marking the 5th anniversary of Speedy Tuesday. The second one came out the following year. Each time, the team at Fratello worked with Omega on a reinterpretation of an iconic Speedmaster variant. The watches spoke to collectors in a unique way, with small details that matter to those who love and understand the history of Speedmasters. Please visit, Fratello’s own overview for the full picture but I’ll give you just one example: the 2018 “ST2” is a tribute to a Speedmaster used in the 1960s Japanese series Ultraman. With its characteristic orange chronograph seconds hand, the original model had become greatly sought-after by collectors. Omega and Fratello revisited it to create a contemporary version, loyal to its ancestor but with additional singularity, such as an Ultraman character on the dial only visible via an UV light… itself included with the watch!

Both limited editions, produced in 2012 pieces, sold out in a matter of hours. While a few of them can still be found on various marketplaces, second hand, they are sold at a premium up to three times the original price. Beyond this success, a more macro impact of the performance should be noted: ST1 was the first ever watch distributed by Omega online. The brand has since built out a strong online experience for virtually all its products in key global markets.

Even with a business case-study hat on, it would be a mistake to focus only on the commercial output of the Speedy Tuesday phenomenon. Sure, how an innocent vacation photo turned into a product launch generating close to $30 million in watch sales is a pretty impressive feat. But actually, the commercial impact is much greater than that. The awareness and desirability of Omega’s flagship product line has greatly benefited from not just the exposure but also the deep connections with its community of aficionados. Fratello has benefited not just from the additional traffic and awareness but also the deep ties and loyalty created with its most avid readers. The online magazine has since collaborated with other watch brands as well.

Interestingly, to truly understand the recipe of this business success, we must look beyond the business angle. Because what is at the inception of Speedy Tuesday is not the commercial aspect. It is sincere, deep passion. That is what has made such a community come together and follow the movement in the first place. The team at Fratello and Speedmaster fans around the world are truly enamored with what makes their favorite watch so special: its design, its functionality, and, perhaps first and foremost, its history, arguably richer than that of any other. Omega was smart to embrace this dynamic. But while the brand’s business greatly benefited from it, the palpable passion of its leadership and different teams involved in the collaboration, which I had a chance to catch a glimpse of first hand, was also a critical ingredient.

Today, the Speedy Tuesday phenomenon seems stronger than ever. Physical get-togethers, halted during 2 years by the pandemic, have just restarted. After a spectacular event in Bienne, the next one will take place in Italy. The first Tuesday of every year has become a moment where Omega typically makes a significant announcement around its Speedmaster line. And speculations on an ST3 are at their highest!

In the Bienne Old Town, “First Friday” is a monthly event where the different shops stay open in the evening, serving drinks and food in the charming and quickly crowded paved streets. While not everyone in Bienne will post on Instagram using the Speedy Tuesday hashtag, we can all be proud that once a week, around the globe, thousands of people share their passion for a watch invented and produced in our city.

Great read! Thank you for sharing!